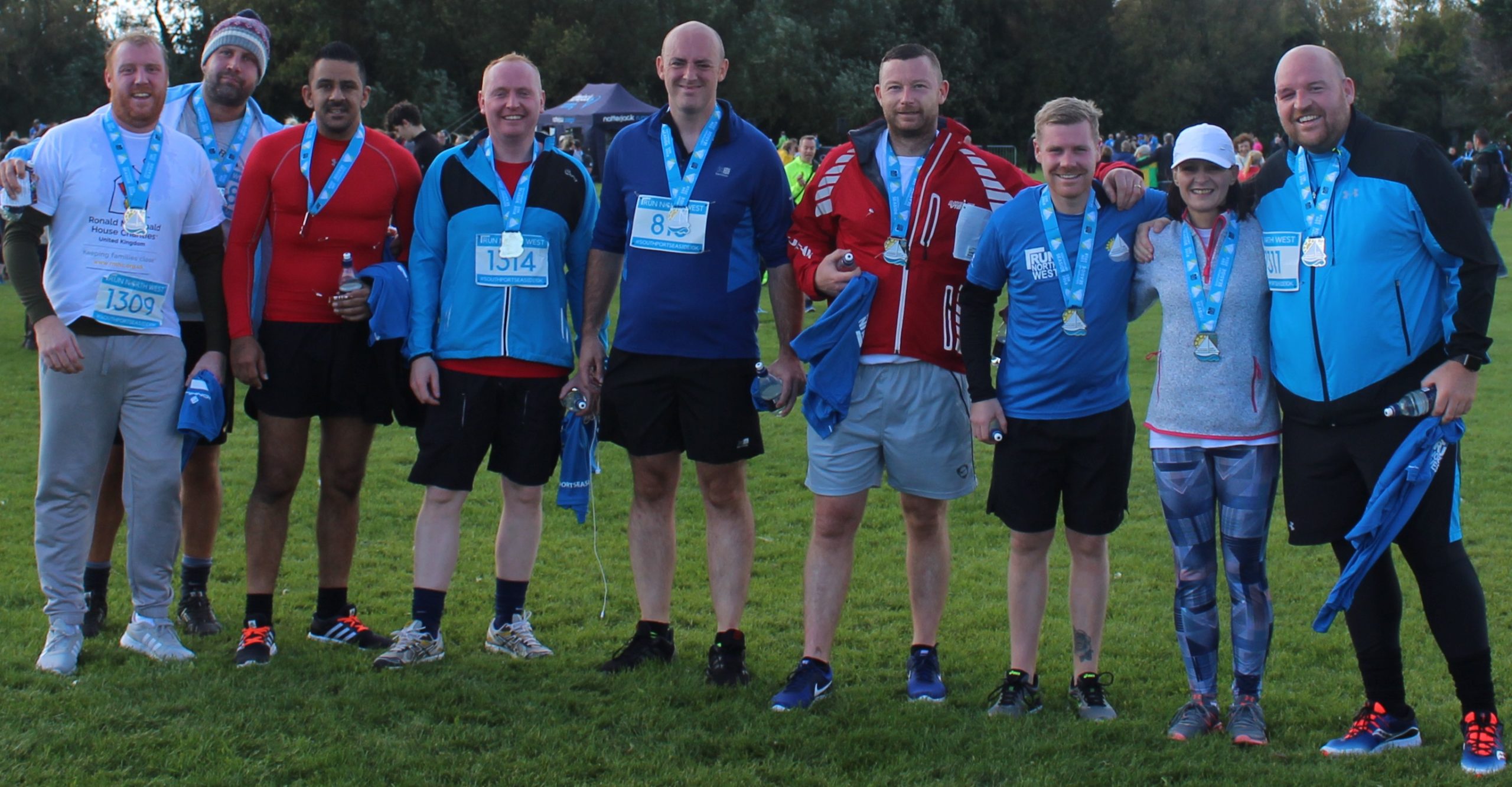 Fifteen DL M & E employees are joining Stuart on four 10K runs to help him reach his goal to raise £5000 by the end of December. The money is being raised in aid of Royal Manchester Children’s Hospital, which helped Stuart’s family in a time of crisis

As of the 25th October we’ve run two races, had our sweaty faces in the local paper and raised just over £2,000, but we still have a long way to go

I am raising funds for Royal Manchester Children’s Hospital to put a smile on children’s faces on Christmas day. I’m a parent myself and I have always wanted to do this . I am running a 10k race each month in September, October, November and December.

I couldn’t run 2 minutes at start of this year and the furthest I ran is 5k, so it’s going to be a challenge for me (cheerleaders are welcome to help encourage me on the route)

A close friend of the family has been through a lot and Royal Manchester Children’s Hospital helped him and his family massively. This is my godsons story

He was in and out of A&E for years before he was transferred to the gastro team, where at 5 he was finally diagnosed with severe Crohn’s disease

He was immediately put on a drug called Infliximab (used in chemotherapy) that cost the NHS £22,000 a year

After two and a half years he was finally in remission

However, his body relapsed and soon he was back in the hospital system

But I can honestly say his family wouldn’t feel as at ease with his illness if it wasn’t for the support of the team at Royal Manchester Children’s Hospital, from the play specialists who were amazing (especially the then IV team), his IBD nurses who updated us on an almost daily basis, and his IBD doctors Dr Fagbemi and Dr Jago, not forgetting the rheumatology team

It’s been a difficult few years for all the family but support always makes things easier, and the team at Royal Manchester Children’s Hospital go above and beyond for children like my godson

Please donate to this cause. Ours is one of many cases it could help, and I’m willing to go through hell running 40k over 4 months around the north west if it means putting a smile on one of these children’s faces

We have done well in the runs so far!

How can you help?

Royal Manchester Children’s Hospital is the largest and busiest children’s hospital in the UK. It first opened its doors in 2009 and has been taking care of children like Stuart’s godson ever since

Fundraising plays a vital role in enhancing the lives of the patients at the hospital. You can become a supporter by clicking the donate button or sharing a link to this page on Facebook, Twitter or other social media

With your help we can reach our goal of £5,000 and improve the lives of the patients at Royal Manchester Children’s Hospital

Together we can put a smile on a child’s face